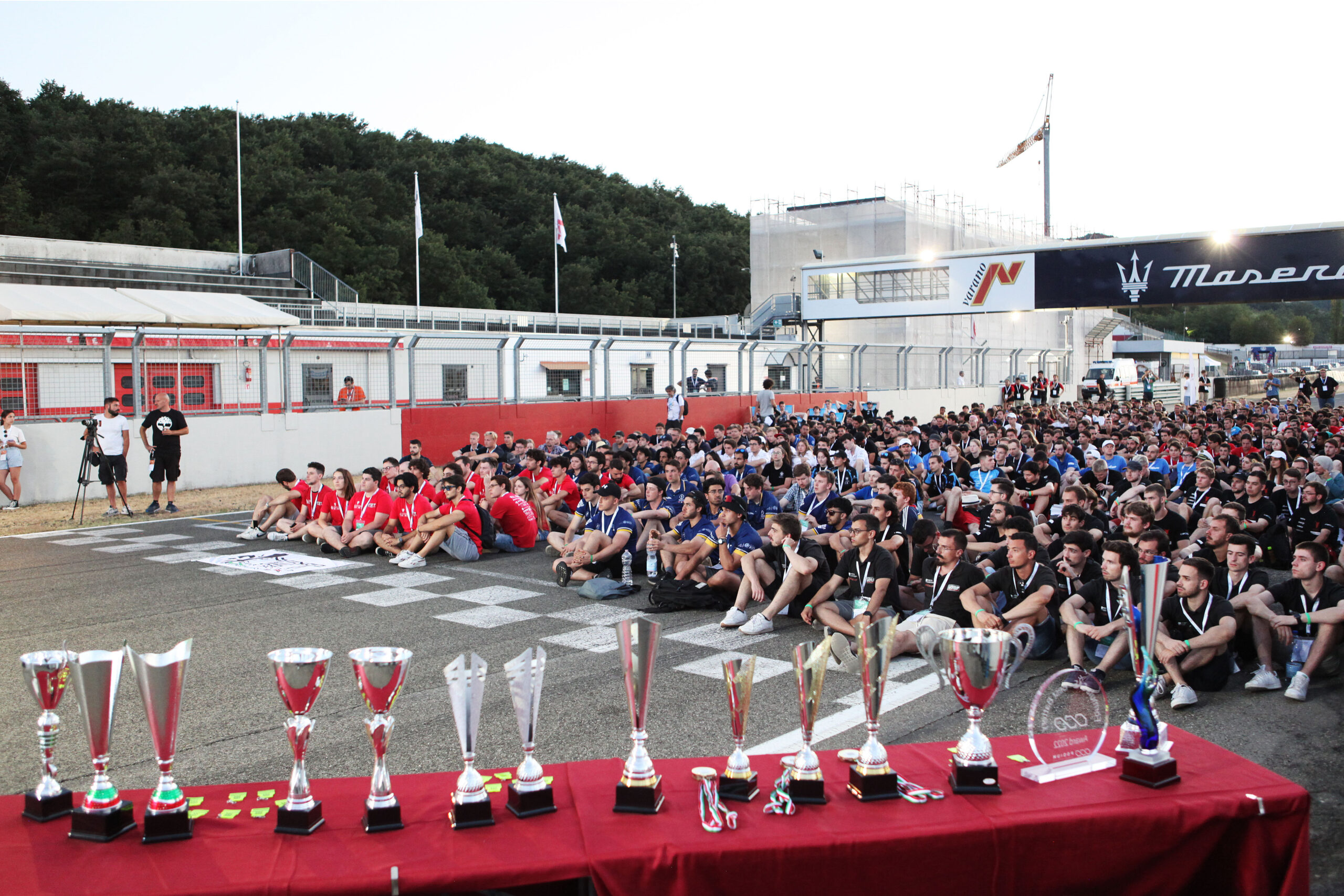 Formula SAE is a student design competition which involves the departments of engineering of the Universities worldwide organized by SAE International (previously known as the Society of Automotive Engineers, SAE). It arrived in Europe in the early 2000s, based on the American model which made its debut with the first edition in 1981.

Italy saw its first edition in 2005, organized by ATA (Associazione Tecnica dell’Autoveicolo) which took place in the FIAT Auto Circuit in Balocco (VC); during the years have been made few location changes, first it has been used the circuit Ferrari Fiorano in Maranello (BO) and then the circuit Riccardo Paletti di Varano ‘de Melegari (PR) which is the current location for the event.

During the competition, teams deal with few challenges divided in two big categories:

Teams are judged by experts at international level for each category divided in panels.

Endurance is the final event (22 km with a driver change) and it aims to value the whole racing performance of each car.

After 12 editions, in 2017, the organization of the Formula SAE Italy & Formula Electric Italy passed from ATA to ANFIA (Italian Association of the Automotive Industry) which organized for the first time the 13th edition.

The goal of ANFIA for the next years is to increase its numbers but also make grow the level of participants and of the quality of the organization.